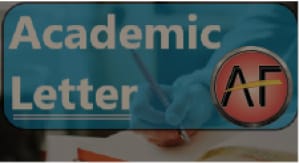 Please Note: Change the text in parenthesis i.e., [ ], and modify the letter according to your needs.

[To the selection committee:   OR   To Whom It May Concern]

It is my pleasure to recommend [Dr. ABC] for the position of Postdoctoral Fellow in your [Department/Lab/Organization/University]. [Dr. ABC] was my doctoral student and ranks among my very best students. I recommend him/her to you highly.

As a doctoral student, [Dr. ABC] cloned and characterized the XYZ gene from [Organism name]. He/She made the intriguing discovery that the XYZ protein is required for ___ behavior in [Organism name], and its human homolog is associated with a highly metastatic form of ___ cancer. This observation suggests that there may be features in common between the bacterial function of human tumor cells. A highly productive collaboration with [Professor DEF] led to the crystallization and high-resolution structure of the XYZ protein. That work was published in a [Journal name] paper, on which [Dr. ABC] is a [First/Coauthor]. In addition to the [Journal name] paper, [Dr. ABC] published three other papers from his/her thesis, which attest to his/her hard work, biological insight, and outstanding writing skills. His/Her high productivity as a graduate student is particularly remarkable.

[Dr. ABC] continued his/her record of excellent work as a doctoral student in my lab working on [organism name] development. Once again, [Dr. ABC] discovered a gene found in both prokaryotes and eukaryotes, this time searching for XYZ genes in [organism name]. He/She identified a new gene, designated XYZ, which has a mammalian homolog that appears to be associated with [cell name] differentiation and maturation. [Dr. ABC] has been quick to publish this work and therefore has [1/2/3] publications from his/her [three/four year] doctoral study.

[Dr. ABC] proved himself/herself an able researcher and a sterling mentor to his/her junior lab mates. He/She has three undergraduate researchers who have all co-authored publications, which is indicative of the excellent mentorship they received from [Dr. ABC]. [Dr. ABC] was also a cooperative and reliable lab citizen. He/She handled responsibility well and conscientiously followed through on all that was asked of him/her to maintain equipment and ensure that safety standards were met.

In short, I give [Dr. ABC] my highest recommendation. He/She is one of the best students I have seen and is a talented researcher. He/She has an uncanny ability to unmask genes that play parallel roles in [bacteria and mammals]. I expect him/her to continue to be as productive and creative as he/she was as a student in my lab. He/She would be a good catch for any [Department/Lab/Organization/University], and I urge you to consider his/her candidacy seriously. Please feel free to contact me if I can be of any further assistance in your review of his/her candidacy.

This message is only visible to admins.
Problem displaying Facebook posts.
Error: No posts available for this Facebook ID

Where can I download Endnote output (citation) styles? 2022 Endnote Citation styles: Citation and reference styles are other names for output styles. There are a number of different citation styles to choose from, including APA, Chicago, and MLA, to name just a few. EndNote has more than 7,000 different output styles. When you first install EndNote, you'll only have access to the most often used output styles....

Where can I download Endnote output (citation) styles? 2022 - abdullahfarhan.com

A preview of the Journal Citation Report (JCR) 2022 - abdullahfarhan.com

A preview of the Journal Citation Report (JCR) 2022